Confession #54: The new Volvo XC90 is slick, not outrageous – and that's perfect

The new XC90 doesn't have any of these things.

Probably the most interesting thing on the totally new XC90 crossover will be the crystal gearshift and little Swedish flag tags on the seats. Many of us are disappointed after the months and months of teasing, but I think I'm fine with this new Volvo. In an age of tacky LEDs and vents and pointless swooshes everywhere in car design, this is a clean, simple design. It's a Volvo, and that's a good thing here. 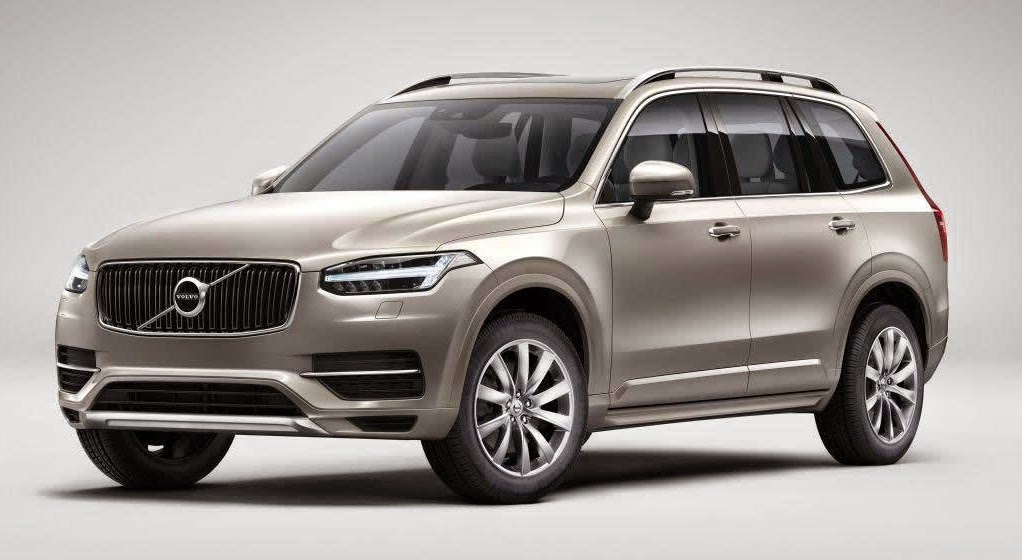 Volvo is busy blowing up its Ford-era playbook right now and losing this big-shouldered, rugged look its had for roughly 15 years or so. New Volvos are sleeker, smoother and more subtle. It's so surprisingly upmarket that it's why the XC90 comes off as quiet rather than the quietly outrageous (V60 Polestar).

The first full photos of this new XC90 also show why launch colors are so important. The first picture most of us saw Tuesday morning was this beige one with smaller wheels. It's just not this car's best look. Beige isn't is color and those wheels don't fill up the arches enough, and the color diminishes the "Thor's Hammer" LEDs in the headlights.

It gets worse in this concept-car white ones they've pictured. I'm sure white is a great color for the Volvo in person, but in photos, they accentuate the slab sides of it – necessary of course, in a big three-row SUV meant for carrying people. But it smacks very much of BMW X5 and three kinds of VW/Audi here. That's not the originality we were hoping for. But the black XC90 looks seriously good. 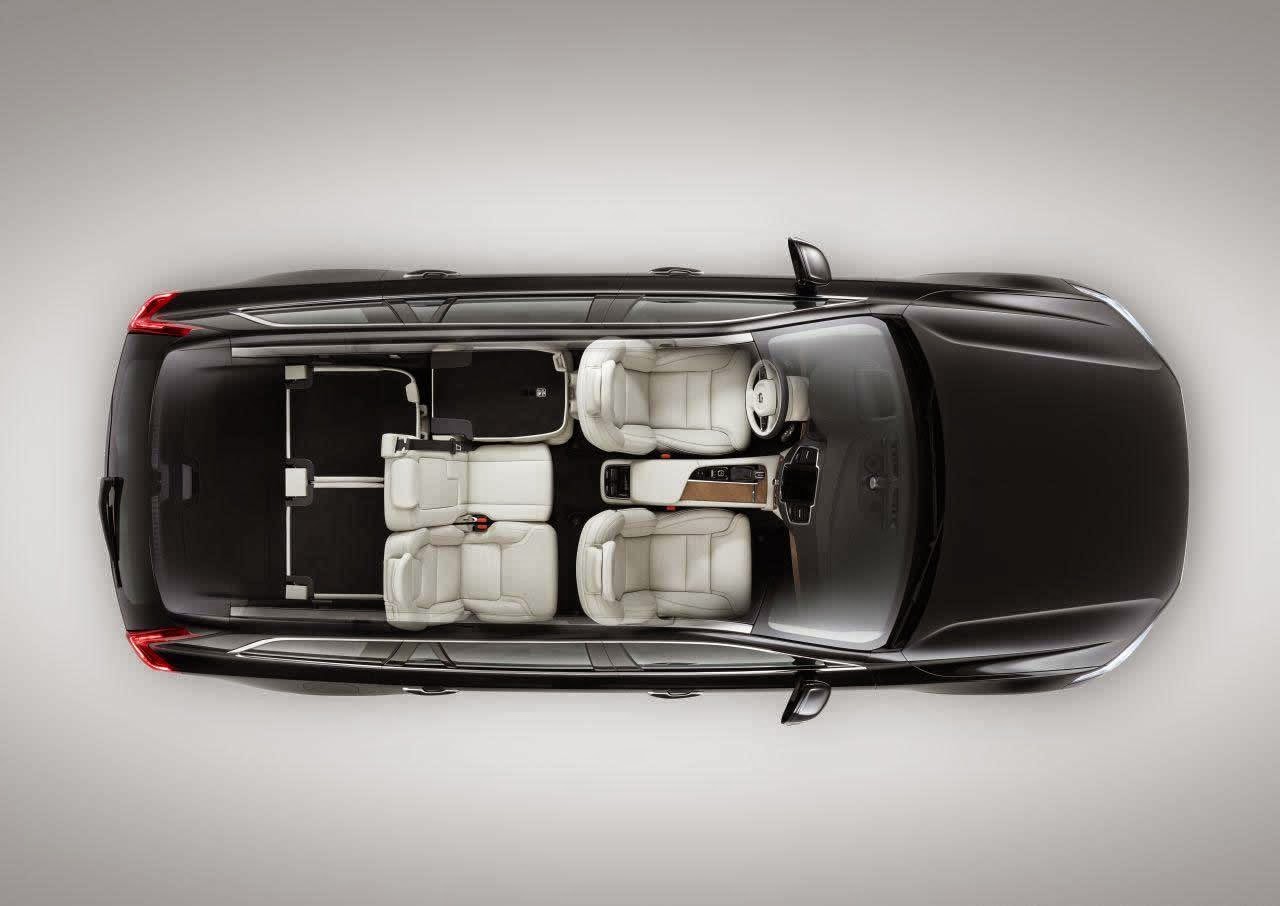 All that said, it's not ugly, not even slightly. It's tastefully honest for what is, after all, a luxury family hauler. And that's why the new XC90's story is all about efficiency – inside, outside and under the hood.

The interior is beautifully simple, yet the seats continue to do tricks and fold flat. That ingenious built-in booster seat in the second row is still there, even if the split tailgate is apparently absent. 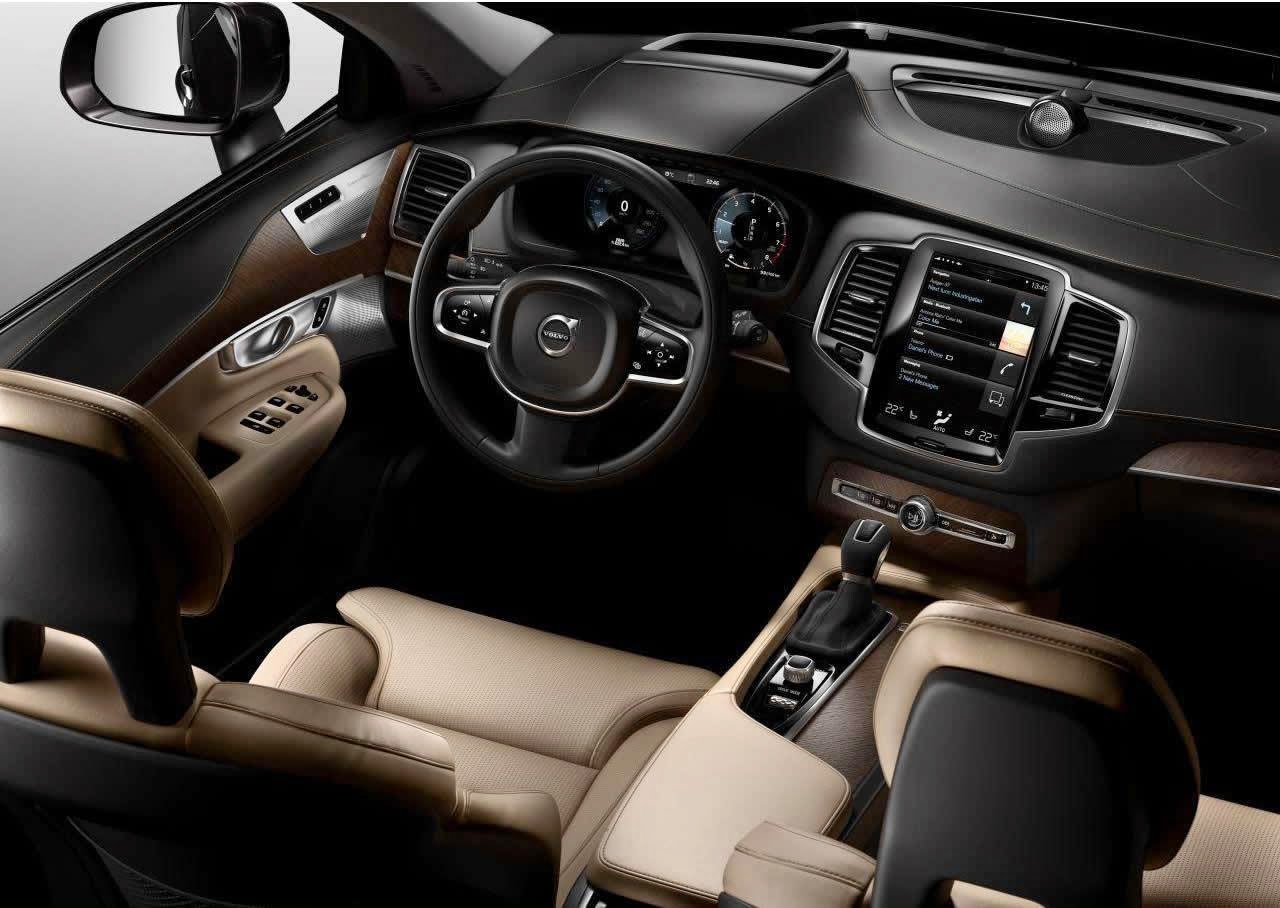 And then there's the fact the interior itself is freaking gorgeous overall. I just want to touch everything in it.

Volvo has made a lot of really nice interiors lately, but none have been quite so detailed and use such visibly fine materials as this XC90's. The efficiency extends to the controls, as everyone crows about the Tesla-like touchscreen in the dash, it looks like there are still enough physical switches to keep simple tasks simple. 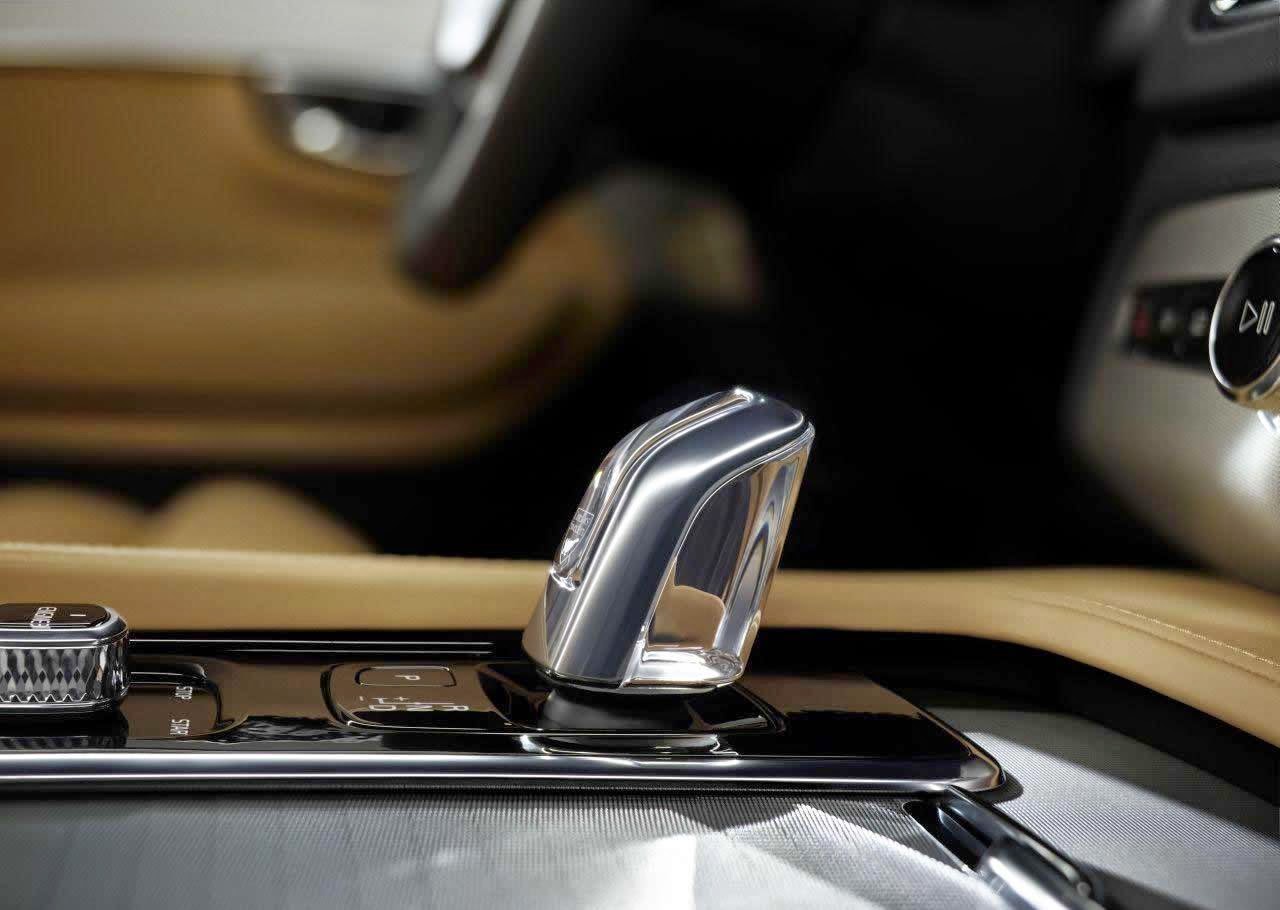 I love the idea of a big, seven-seat SUV like this being powered by a 316-horse 2.0-liter supercharged and turbocharged four, as most Americans will probably think it's at least a V6. Almost as much as I like the idea of that superbocharged engine being mated with an electric motor to deliver 400 horsepower. A plug-in hybrid Volvo has to be one of the most responsible and practical cars out there. 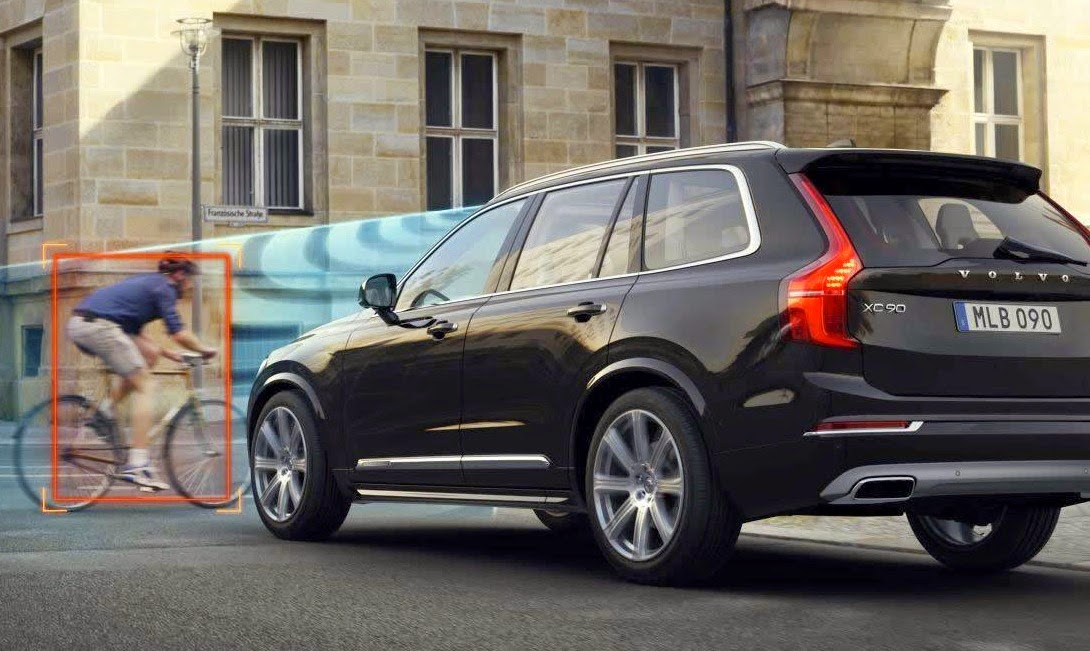 Now that German luxury sedans have a million driving modes and are covered in big grilles and try to talk about off-road performance in the same breath as driving excitement, Volvo's comparatively simple take on efficient luxury is refreshing. And it's there that I can respect and understand why the outside is so understated. BMW and Mercedes don't do this, and I'm not even sure they know how to anymore.

A brown body kit would liven things up and optional orange seatbelts should be offered, but I can't really complain. If the XC90 drives as good as it looks, and the sub-$50,000 price for even a T6 version seems fair if even base versions have the nice interiors – and things like navigation and all-wheel drive will be standard. It deserves to do well for Volvo.

Look at the now-40-year-old Volvo 240 and you can see how its clean lines have made it timeless. It's a similar thing going with the XC90, the upscale family hauler of this decade. And it's so easy to respect, I'm sure these will be well-loved in 2025 when they mostly smell like kids and dogs.
at 1:17 PM