Confession #58: Mercedes now makes the wildest hot hatches, or whatever they're called 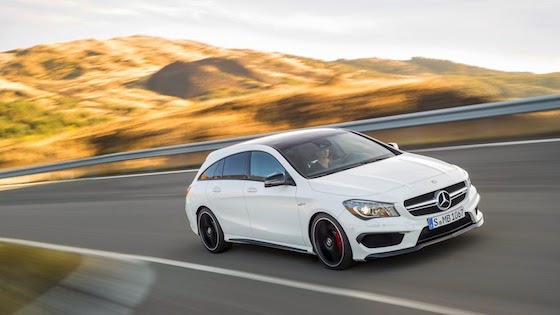 Look, Daimler. I don't know where you're hiding the old Mercedes-Benz, but I'm starting not to care. I longed for the days of the stoic W124s, but Stuttgart has embraced its lunatic side and it's having startlingly seductive results.

Case in point is the newly announced Mercedes CLA45 AMG Shooting Brake. Dear God, it's pretty much everything I've ever wanted.

What started as the somewhat blobby CLA "four-door coupe" got a longer roof with a slick shape and then was stuffed with the bonkers 2.0-liter turbo four/AWD combo AMG is putting in small Mercs. And the mean body kit and black wheels help matters even more. The Shooting Brake is a hot wagon, er... hatchback. 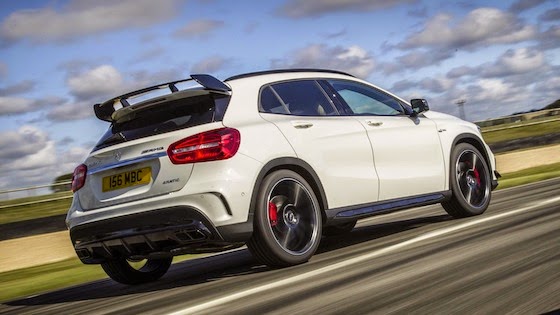 It reminds me of the time they made the GLA, what's called a crossover but is so clearly an A-Class hatchback in much taller shoes and then called a "light truck" by the EPA. A stupid marketing ploy, sure, but I like it because we can't get the A-Class in the U.S. and it's kind of weird and cute. And also because there's bonkers GLA45 AMG with its silly roof spoiler. It's goofy and it knows it.

Mercedes used to make stately sedans with hood ornaments and diplomatic styling, and then asked the marketing people to sex up the image with photography and sport packages. That's not the case anymore. Mercedes makes wild cars and, like them or not, take risks. Even Subaru won't do a spoiler like the one on the GLA anymore, and I have to love the Germans doing that to their hot hatch.

As I see someone from Mercedes thinking of running me over with a G-Wagen for calling the GLA and CLA Shooting Brake hatchbacks, let me explain. A "shooting brake" historically has two doors and Mercedes has already bludgeoned the word "coupe" with this "four-door coupe" nonsense. Calling the CLA Shooting Brake a wagon isn't right, either. A wagon implies it puts practicality first, and making it more upright would've spoiled the shape. So it has kind of a liftback, like on a hatchback?

Words are hard for automakers and I'm moving on.

I'm also moving on from the fact the CLA Shooting Brake won't come to America. Really, I'm kind of glad because rich wagon fans would be less inclined to buy the beautifully awesome E63 Wagon, and the U.S. shouldn't be deprived of its V8 madness and enormous cargo capacity. But I am happy others can have a little CLA "wagon" powered by a turbo with a four-cylinder engine tacked on.

What doesn't make me happy is that the A/B/CLA/GLA is not really the company's finest hour in terms of quality. Sitting in both a GLA45 and an electric B-Class just a few days ago made me disappointed at how little Mercedes must think of their entry-level buyers. The interior is depressingly cheap to the touch. And owners say the CLA is badly made, too. 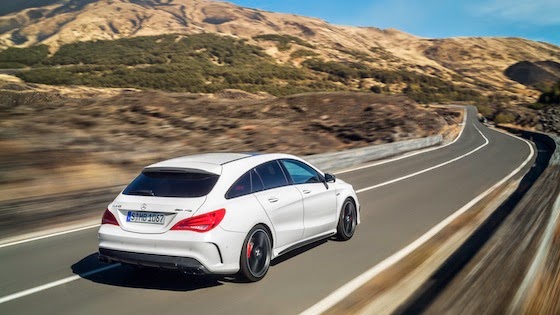 I don't mind because, again, I'm glad it exists in the first place. The CLA45  Shooting Brake has no rational reason to have been created, so I must respect Mercedes for building it. It's flawed, but somehow that becomes a character trait to go with its overall lunacy. Mercedes has made its  own Fiat 500 Abarth and I've fallen completely in love.

And for that comparison, I really will be run over by that G-Wagen.
at 5:35 PM